Our keynote speakers are: 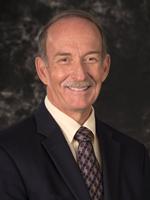 As Executive Director for Distance Learning and Student Services for the Florida Virtual Campus, Dr. Opper oversees the operation of the distance learning and student support services offered through the Florida Virtual Campus. Dr. Opper regularly interacts with state policymakers, education leaders, community agencies, educational entities, and industry regarding issues on technology and education, and participates in creating statewide distance learning policy and programs affecting Florida's schools, colleges, and universities. Dr. Opper has 13 years of experience working for the Postsecondary Education Planning Commission as a Policy Analyst and Director. He served as Executive Director of the Florida Distance Learning Consortium for 12 years until its merger with the Florida Virtual Campus in 2012. John has authored policy studies and recommendations in the area of undergraduate education, academic libraries, funding policy, and educational technology. Also, he has served on a variety of state, regional, and national workgroups and boards. He holds a Bachelor of Science Degree from Armstrong Atlantic State University, a Masters in Education from the University of Georgia, and a Ph.D. from Florida State University. 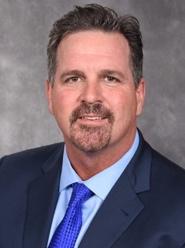 Dr. Jon Prince grew up in Fort Walton Beach, Florida. He graduated from the University of Florida with a Bachelor’s and a Masters in Elementary Education. After a year of teaching elementary school, Dr. Prince moved to Palm Beach County and taught middle school science. He completed his Specialist's Degree and Doctorate in Educational Leadership at Nova Southeastern University in 2002. Dr. Prince worked as an assistant principal in urban and failing schools in both middle and high school. In 2003, Dr. Prince was appointed principal at Verde Elementary in Boca Raton, Florida. In 2004, Dr. Prince was a principal at Palm Beach Gardens High School, a large failing urban school in Palm Beach County, Florida. In 2005, the school emerged a "B," and Florida recognized Dr. Prince as one of the Turnaround Principals of the Year.

Dr. Prince continued his work in urban schools from 2005-2015 and has worked in struggling schools primarily in Hispanic, African-American, and Haitian communities, all with improved academic achievement and increased graduation rates.

In the summer of 2015, Dr. Prince accepted the position of Deputy Superintendent of St. Lucie Public Schools. Dr. Prince has assisted with orchestrating the Superintendent's vision of accountability, high standards, and rigor in our public schools. The graduation rate improves from 76% in 2015 to 92% over three years, with three consecutive years exceeding 90% and ranking as one of the highest graduation rates in the State of Florida.