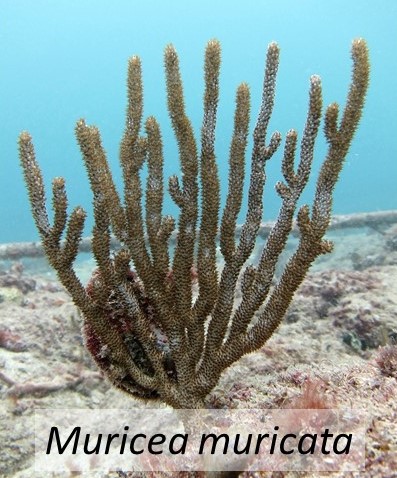 Axis: Distinctly flattened where branches fork, like the web of skin between the base of your thumb and hand.

Branches: End branches short, slightly tapered and flattened; to 6 mm across but only 4.5 mm thick.

Notes: Very similar outwardly to Muricea atlantica, which has different sclerites and no flattening of the axis or branches. Muricea laxa and M. elongata have more bushy growth forms.