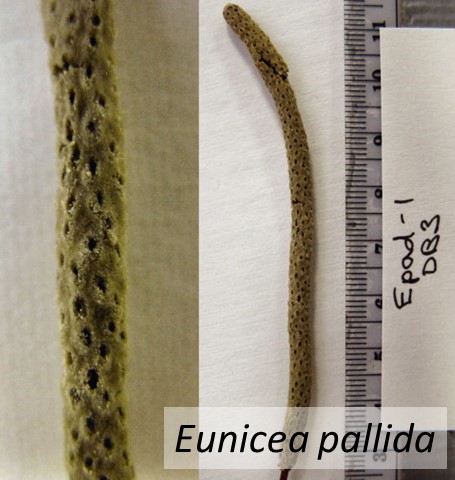 Colony Form: Small bushy colony with branches arising from near base; to 50 cm tall.

Axis: Cylindrical, very thin and almost imperceptible at the tips.

Apertures: Oval; those towards branch tip have a noticeable lip.

Distribution: Uncommon in South Florida and the Caribbean.