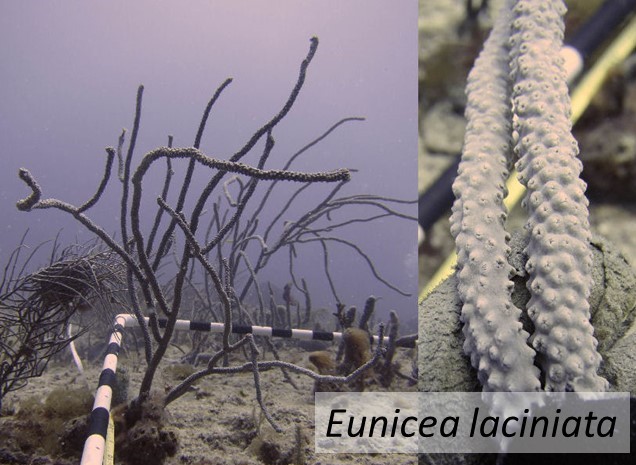 Colony Form: Fingerlike colony of few thick long branches arising from near the base in all directions, to ~80 cm tall.

Distribution: South Florida, Bahamas, Gulf of Mexico, and throughout the Caribbean Sea.