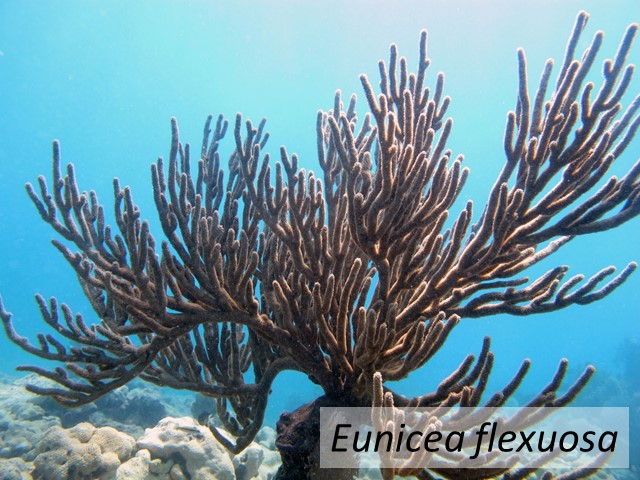 Axis: Cylindrical to elliptical in cross-section.

Color: Beige to bright ochre. Some morphs can be purple or blue. Polyps are slightly lighter than the colony.

Habitat: All kinds of reefs and rocky-coral environments from very shallow (0.5 m) to 50 m.

Notes: Common in shallow areas with Plexaura homomalla. It has the smallest polyps of all Eunicea species. Colonies in deeper waters and gentle slopes exhibit vegetative propagation.