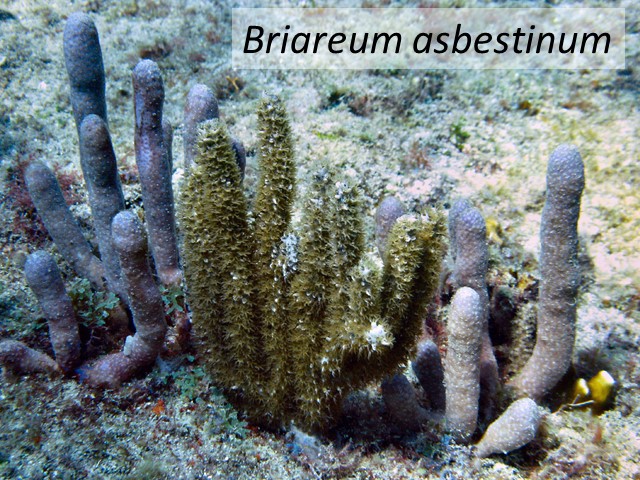 Colony Form: One to several upright, unbranched rods arising from common encrusting base. Polyps >1 cm in length, with long tentacles, appearing as dense fur or hair when extended, making rods appear much thicker than when the polyps are retracted.

Apertures: Pinhole-sized, each often on a low swelling.

Color: Purple, purplish gray, or with some tan; polyps brown, grayish- or greenish brown. Apertures may be surrounded by darker purple. May dry yellow or yellow brown.