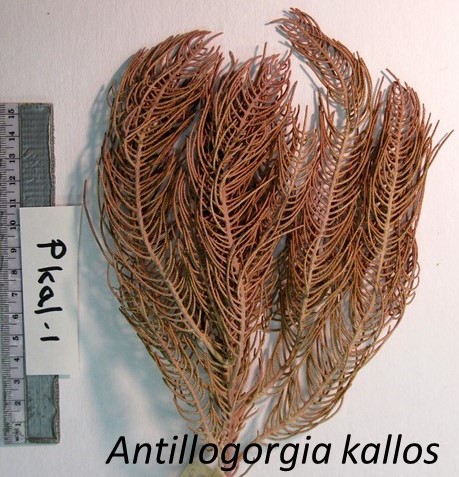 Apertures: Flush; no calices; polyps arranged in multiple series on each side of pinnule, separated by narrow naked tract on front and back.

Notes: Similar to A. elisabethae, but with pinnules thinner, more crowded, oriented at an angle toward branch tip and not strictly in one plane. Williams and Chen (2012) transferred all Western Atlantic species of Pseudopterogorgia to the genus Antillogorgia.