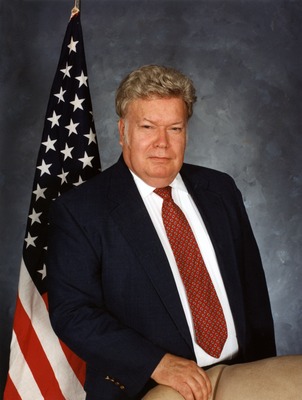 Ovid C. Lewis was born in 1932 in Shelby, North Carolina. He was a lawyer, professor, and university administrator throughout his professional career before becoming the fourth President of Nova Southeastern University in 1994. He graduated with a B.A. degree in Chemistry from Duke University. He later earned B.A., J.D. and LL.M degrees from Rutgers University. He completed his studies with a J.S.D. from Columbia Law School in 1970. From 1965 until 1976, he worked as a law professor at Case Western Reserve University in Cleveland, Ohio, and was later employed as a professor at Northern Kentucky University Chase School of Law. In 1978, he was appointed Professor and Dean for the Law Center at Nova University (the university name had been changed in 1974 by the Board of Trustees from its founding name Nova University of Advanced Technology to Nova University). From 1984 until his appointment as Interim President in 1994, Dr. Lewis served as the Vice President for Academic Affairs. He retired in 1998 when Ray Ferrero Jr. was appointed President.