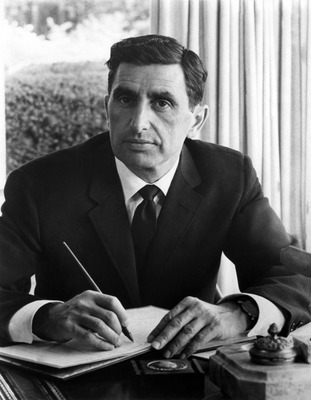 Alex Schure founded New York Institute of Technology in New York City in 1955 and served as its President until 1982. He established today's NYIT campuses in Manhattan at Columbus Circle - Lincoln Center and in the 1960s, in Old Westbury, along Long Island's Gold Coast. Among Schure's other significant accomplishments was the creation of NYIT's Computer Graphics Laboratory in 1974. This facility led to some of the first breakthroughs in the field of computer graphics. In 1975, Schure directed the first computer-animated feature film, Tubby the Tuba, alongside Pixar co-founders Ed Catmull and Alvy Ray Smith, who worked at the NYIT lab. In 1977, Schure also helped launch NYIT's College of Osteopathic Medicine, the first osteopathic medical school in New York and the only medical school in Nassau County. He served as Chancellor of Nova University in Ft. Lauderdale, Florida from 1971-1980. After stepping down as NYIT president in 1982, Schure served as the school's chancellor until 1991. In 2001, Schure became President of the New York College for Wholistic Health, Education, and Research in Syosset, N.Y.