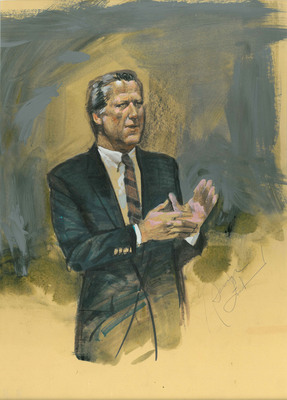 George Steinbrenner (July 4, 1930 – July 13, 2010) was an American businessman who was the principal owner and managing partner of Major League Baseball's New York Yankees. During Steinbrenner's 37-year ownership from 1973 to his death in July 2010, the longest in club history, the Yankees earned seven World Series titles and 11 pennants. His outspokenness and role in driving up player salaries made him one of the sport's most controversial figures. Steinbrenner was also involved in the Great Lakes and Gulf Coast shipping industry. Known as a hands-on baseball executive, Steinbrenner earned the nickname "The Boss". He had a tendency to meddle in daily on-field decisions, and to hire and fire (and sometimes re-hire) managers. Former Yankees manager Dallas Green gave him the derisive nickname "Manager George" He died after suffering a heart attack in his Tampa home on the morning of July 13, 2010, the day of the 81st All-Star Game.