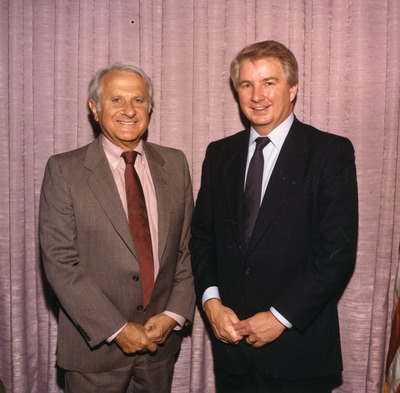 Larry Melvin Speakes (September 13, 1939 – January 10, 2014) was the acting White House Press Secretary for the White House under President Ronald Reagan, having held the position from 1981 to 1987.

He was born in northwestern Mississippi in 1939 and attended the University of Mississippi. He worked as a journalist in the 1960s until he became the press secretary of Democratic Senator James Eastland in 1968. In this position, he also worked as the spokesman for the United States Senate Committee on the Judiciary.

Speakes worked for the international public relations firm of Hill & Knowlton until 1981. After Press Secretary James Brady was shot in the assassination attempt on President Ronald Reagan, Speakes began hosting the daily press briefings for Reagan.