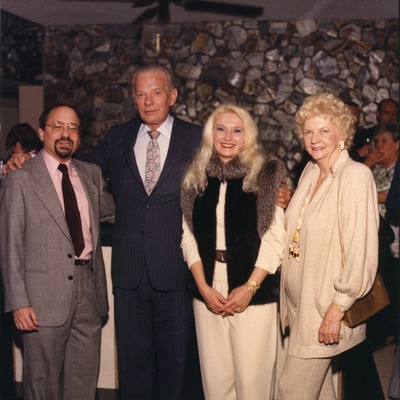 David Brinkley second from the left

From 1956 through 1970, he co-anchored NBC's top-rated nightly news program, The Huntley–Brinkley Report, with Chet Huntley and thereafter appeared as co-anchor or commentator on its successor, NBC Nightly News, through the 1970s. In the 1980s and 1990s, Brinkley was a host of the popular Sunday This Week with David Brinkley program and a top commentator on election-night coverage for ABC News. Over the course of his career, Brinkley received ten Emmy Awards, three George Foster Peabody Awards, and the Presidential Medal of Freedom.[2]