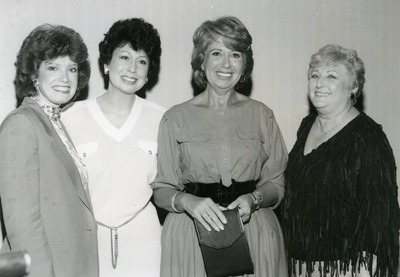 Although she sang a repertoire from Handel and Mozart to Puccini, Massenet and Verdi, she was especially renowned for her performances in coloratura soprano roles in live opera and recordings. Sills was largely associated with the operas of Donizetti, of which she performed and recorded many roles. Her signature roles include the title role in Donizetti's Lucia di Lammermoor, the title role in Massenet's Manon, Marie in Donizetti's La fille du régiment, the three heroines in Offenbach's Les contes d'Hoffmann, Rosina in Rossini's The Barber of Seville, Violetta in Verdi's La traviata, and most notably Elisabetta in Roberto Devereux.

The New York Times noted, "In her prime her technique was exemplary. She could dispatch coloratura roulades and embellishments, capped by radiant high Ds and E-flats, with seemingly effortless agility. She sang with scrupulous musicianship, rhythmic incisiveness and a vivid sense of text." NPR said her voice was "Capable of spinning a seemingly endless legato line, or bursting with crystalline perfection into waves of dazzling fioriture and thrilling high notes."

Beverly Sills is 3rd from the left in the photograph.