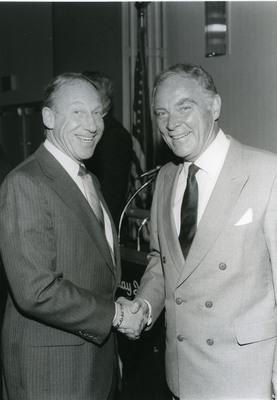 Alexander Meigs Haig Jr. ( December 2, 1924 – February 20, 2010) was the United States Secretary of State under President Ronald Reagan and the White House chief of staff under presidents Richard Nixon and Gerald Ford. Prior to these cabinet-level positions, he retired as a general from the United States Army, having been Supreme Allied Commander Europe after serving as the vice chief of staff of the Army.