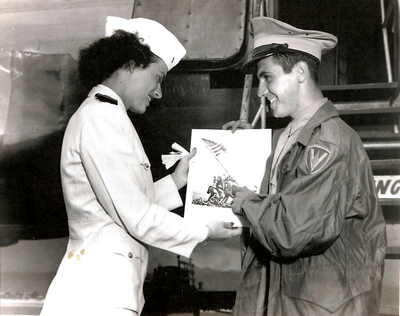 Gagnon was generally (but incorrectly) known as being one of the Marines who raised the second U.S. flag on Mount Suribachi on February 23, 1945, as depicted in the iconic photograph Raising the Flag on Iwo Jima by photographer Joe Rosenthal. On October 16, 2019, the Marine Corps announced publicly (after an investigation) that Corporal Harold Keller, not Gagnon, was in Rosenthal's photo. Gagnon was one of three men who were originally identified incorrectly as flag-raisers in the photograph (the others being Hank Hansen and John Bradley).