Admiral Nimitz and WAVE in Hawaii 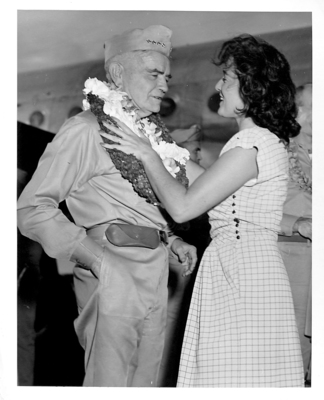