Admiral Nimitz Talks with a Reporter 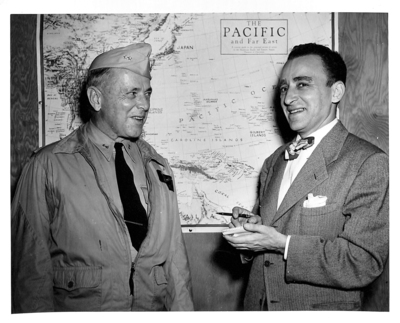