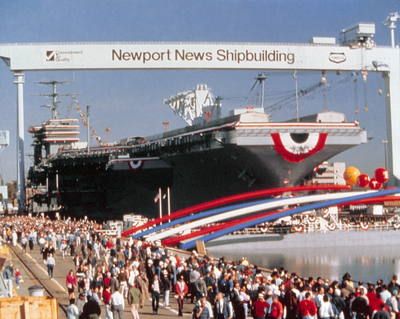 Since August 2017, the carrier has been in her four-year Refueling and Complex Overhaul (RCOH), which is expected to be completed by August 2021.Wikipedia