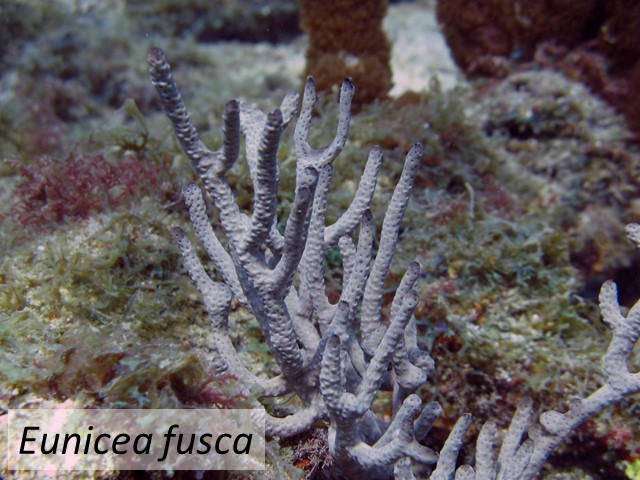 Colony Form: Small irregular candelabrum with sparse and disorganized branching but in a dichotomous trend; colonies usually less than 30 cm, but up to 50 cm tall.

Notes: Grows mainly through asexual propagation. E. fusca size and colony construction differ from that of E. tayrona due to asexual propagation in the former. Specimens of the two species taken at the same site differ in composition of secondary metabolites (terpenoids).