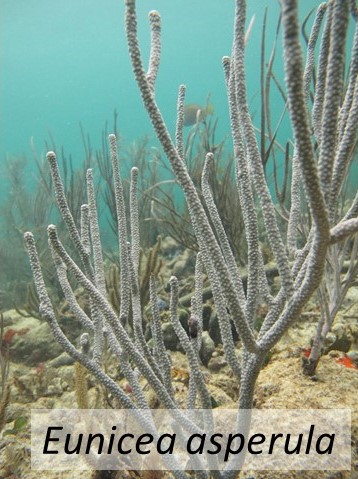 Colony Form: Bushy candelabrum-like or with a few long branches; to 1 m tall.

Color: Gray to black with brown polyps. Dry specimens are deep black but with paler calices.

Notes: Northern specimens from Florida and the Gulf of Mexico have thinner branches than those from South America.