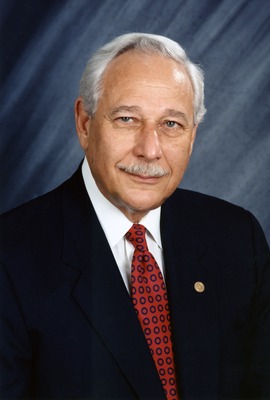 Ray Ferrero, Jr., J.D., became the Chancellor of Nova Southeastern University in January 2010. Prior to that, he served as the fifth president of Nova Southeastern University from January 1998 to December 2009. He is recognized as being a visionary leader who is strongly committed to the growth and improvement of the university and the community it serves. He is a distinguished lecturer, a tireless civic activist, a prominent trial attorney, and a man devoted to his family -- wife Raquel, daughter Denise Rae, and son Raymond Gregory. Ferrero’s involvement with the university began in 1984 as a member of the Board of Trustees. He served as Chairman of the Board of Trustees from October 1988 until September 1995. He then held the post of Vice Chairman until becoming President in 1998. During his six years as chairman of the Board of Trustees, Ferrero played a major role in bringing about the merger of Nova University and Southeastern University, which ultimately resulted in the university’s current position as the largest independent university in the southeast and the seventh largest in the United States.