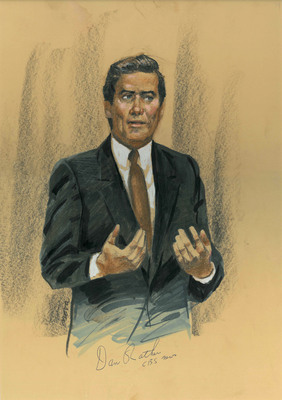 Dan Rather (born October 31, 1931) is an American journalist and the former news anchor for the CBS Evening News. He is now managing editor and anchor of the television news magazine Dan Rather Reports on the cable channel AXS TV. Rather was anchor of the CBS Evening News for 24 years, from March 9, 1981, to March 9, 2005. He also contributed to CBS's 60 Minutes. Rather became embroiled in controversy about a disputed news report involving President George W. Bush's Vietnam-era service in the National Guard and subsequently left CBS Evening News in 2005, and he left the network altogether after 43 years in 2006.