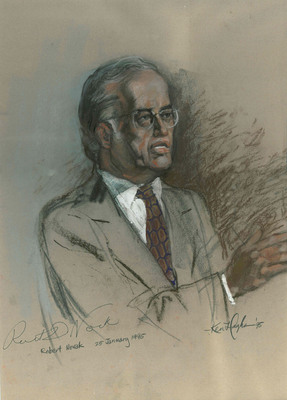 Robert Novak (February 26, 1931 – August 18, 2009) was an American syndicated columnist, journalist, television personality, author, and conservative political commentator. After working for two newspapers before serving for the U.S. Army in the Korean War, he became a reporter for the Associated Press and then for The Wall Street Journal. He teamed up with Rowland Evans in 1963 to start Inside Report, which became the longest running syndicated political column in U.S. history and ran in hundreds of papers. They also started the Evans-Novak Political Report, a notable biweekly newsletter, in 1967. Novak and Evans played a significant role for CNN after the network's founding. He worked as a well-known television personality in programs such as Capital Gang, Crossfire, and Evans, Novak, Hunt, & Shields. He also wrote for numerous other publications such as Reader's Digest.