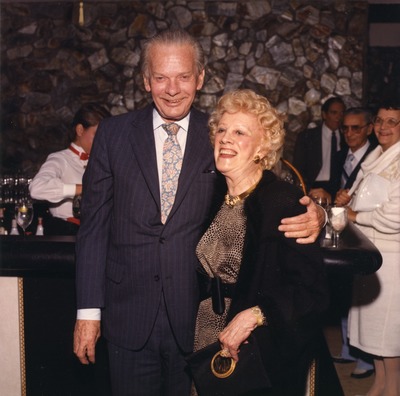 From 1956 through 1970, he co-anchored NBC's top-rated nightly news program, The Huntley–Brinkley Report, with Chet Huntley and thereafter appeared as co-anchor or commentator on its successor, NBC Nightly News, through the 1970s. In the 1980s and 1990s, Brinkley was the host of the popular Sunday This Week with David Brinkley program and a top commentator on election-night coverage for ABC News. Over the course of his career, Brinkley received ten Emmy Awards, three George Foster Peabody Awards, and the Presidential Medal of Freedom.

Mary McCahill (1907-1996) Mary McCahill was inducted in the Broward County Women's Hall of Fame in 1993, recognizing her contributions to Nova, the art museum, the American Red Cross, the Visiting Nurses Association, the American Hearing Society, the Opera Society, and the Philharmonic Orchestra.

Mrs. McCahill’s intuitiveness and determination for helping the Nova, the Davie-based campus grow from 500 students in 1972 to more than 6,000 in 1989.