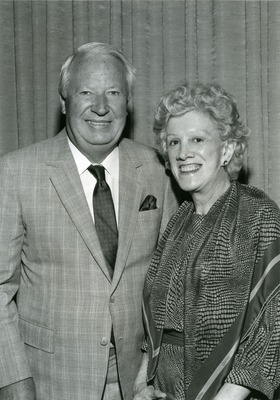 Sir Edward Heath Sir Edward Richard George "Ted" Heath KG MBE (9 July 1916 – 17 July 2005) was a British politician who served as Prime Minister of the United Kingdom from 1970 to 1974 and Leader of the Conservative Party from 1965 to 1975. Heath also served for 51 years as a Member of Parliament from 1950 to 2001. Outside politics, Heath was a world-class yachtsman, a talented musician, and an author.

Mary McCahill (1907-1996) Mary McCahill was inducted in the Broward County Women's Hall of Fame in 1993, recognizing her contributions to Nova, the art museum, the American Red Cross, the Visiting Nurses Association, the American Hearing Society, the Opera Society and the Philharmonic Orchestra.

Mrs. McCahill's intuitiveness and determination for helping the Nova, the Davie-based campus grow from 500 students in 1972 to more than 6,000 in 1989.