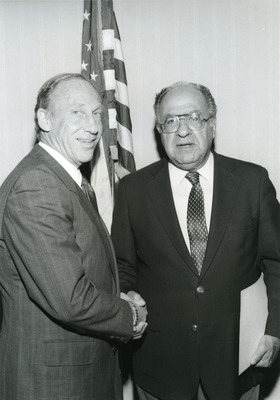 During his 30-year career as a Foreign Service Officer, he had mostly specialized in Asia. In 1968, he was working to prevent the escalation of U.S. involvement in Vietnam.

Habib later became known for his work as Ronald Reagan's special envoy to the Middle East from 1981 to 1983. In that role, he negotiated numerous cease-fire agreements between the various parties involved in the Lebanese Civil War.

He came out of retirement to take two assignments as U.S. special envoy. One to the Philippines in 1986, and another to Central America in 1986–87. In the latter assignment, he helped Costa Rican president Oscar Arias propose a peace plan to end the region's civil wars.

Habib was awarded the Presidential Medal of Freedom in 1982—the highest official honor given to a U.S. citizen by the U.S. government.