David McCampbell in his Cockpit 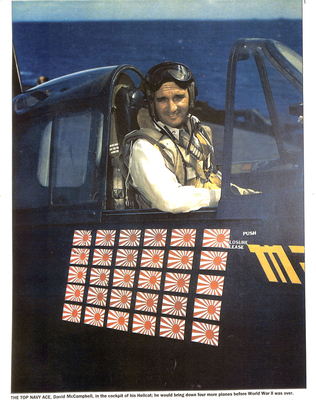 McCampbell is the United States Navy's all-time leading flying ace and top F6F Hellcat ace with 34 aerial victories. He was the third-highest American scoring ace of World War II and the highest-scoring American ace to survive the war. He also set a United States single mission aerial combat record of shooting down nine enemy planes in one mission, on October 24, 1944, at the beginning of the Battle of Leyte Gulf, in the Philippines.