Admiral Nimitz and other Naval Officers_1945 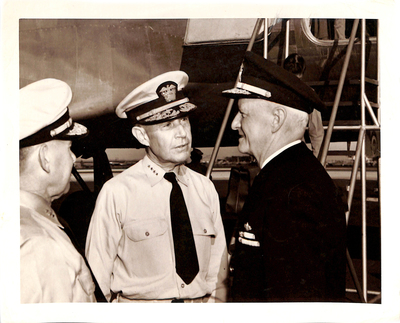