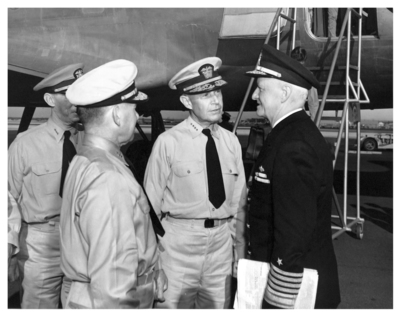 Nimitz was the leading US Navy authority on submarines. Qualified in submarines during his early years, he later oversaw the conversion of these vessels' propulsion from gasoline to diesel, and then later was key in acquiring approval to build the world's first nuclear-powered submarine, USS Nautilus, whose propulsion system later completely superseded diesel-powered submarines in the US. He also, beginning in 1917, was the Navy's leading developer of underway replenishment techniques, the tool which during the Pacific war would allow the US fleet to operate away from port almost indefinitely. The chief of the Navy's Bureau of Navigation in 1939, Nimitz served as Chief of Naval Operations from 1945 until 1947. He was the United States' last surviving officer who served in the rank of fleet admiral.