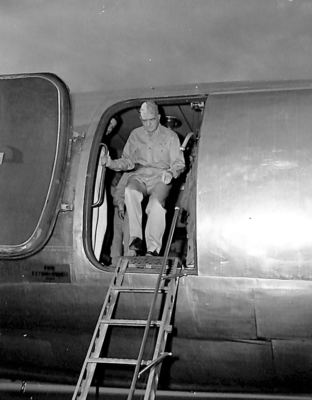 Halsey was made commander of the South Pacific Area and led the Allied forces over the course of the Battle for Guadalcanal (1942–1943) and the fighting up the Solomon chain (1942–1945).[2] In 1943 he was made commander of the Third Fleet, the post he held through the rest of the war. He took part in the Battle of Leyte Gulf, the largest naval battle of the Second World War and, by some criteria, the largest naval battle in history. He was promoted to fleet admiral in December 1945 and retired from active service in March 1947. Wikipedia