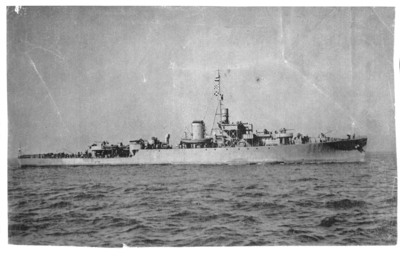 USS Asheville (PF-1) was an Asheville-class patrol frigate of the United States Navy that served during World War II. She was laid down on 10 March 1942 by Canadian Vickers Ltd. in Montreal, Quebec, Canada as the River-class frigate HMS Adur (K296) to serve in the British Royal Navy. She was launched on 22 August 1942 but due to a lack of American vessels for convoy protection, she was transferred to the United States Navy prior to completion. On 1 December 1942, she was commissioned in Montreal as USS Asheville (PG-101), a patrol gunboat. She was reclassified PF-1 on 15 April 1943. (Wikipedia)