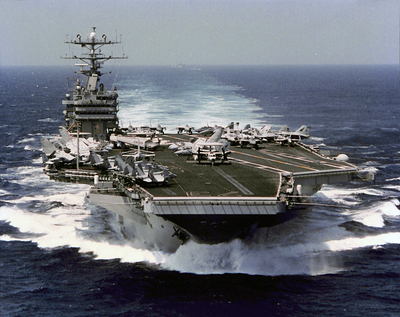 USS George Washington (CVN-73) is a United States Navy nuclear-powered aircraft carrier, the sixth carrier in the Nimitz class and the fourth US Navy ship named after George Washington, commander-in-chief of the Continental Army during the American Revolutionary War and the first president of the United States.( Wikipedia)