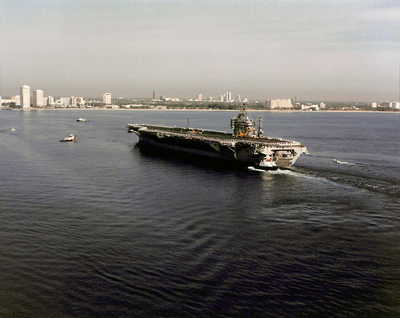 In 2008, USS George Washington became the first nuclear-powered aircraft carrier to be forward-deployed at naval base Yokosuka, Japan.