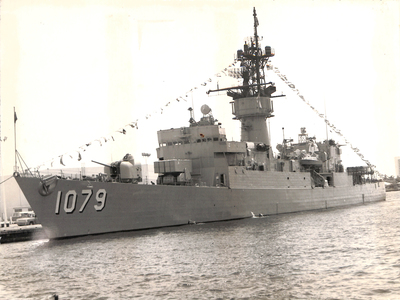 USS BOWEN was the 28thKNOX-class frigate and one of the eight ships of her class transferred to the Naval Reserve Force serving as Reserve Training Frigates (FFT). Each of the eight Reserve Training Frigates had its own reserve crew and was also assigned four "nucleus crews" which would man the 32 decommissioned KNOX-class frigates in the case of a reactivation of these ships.

USS BOWEN (FFT 1079) was last homeported in Staten Island, New York. Decommissioned on June 30, 1994, the BOWEN was subsequently leased to Turkey. Stricken from the Navy list on January 11, 1995, the ship was finally purchased by Turkey on February 22, 2002. (navysite.de)