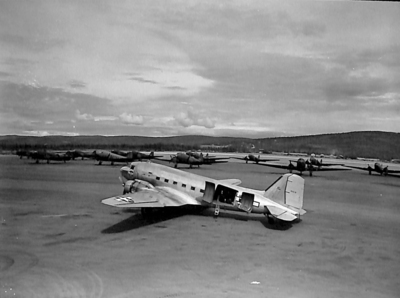 Few aircraft are as well known or were so widely used for so long as the C-47 Skytrain. Nicknamed “Gooney Bird,” the aircraft was adapted from the DC-3 commercial airliner which first appeared in 1936. The first C-47s were ordered in 1940 and by the end of WWII over 10,000 had been procured for the U.S. Army Air Force and U.S. Navy. They carried personnel and cargo, and in a combat role, towed troop-carrying gliders and dropped paratroops into enemy territory.